The purpose of this guide is to help you purchase equipment to pass the 10ft rule standards held by Broken Arrow Event’s staff at any Immersive Vietnam event. Please notice that this is based on a kit that meets the MINIMUM requirements to attend. We prefer and advise you to buy original or high quality reproductions if your budget allows to do so. We will also provide runner up ideas that pass as well as gear you could skip out on to save a buck. But doing so really hurts your impression so it is advisable to buy what is listed. 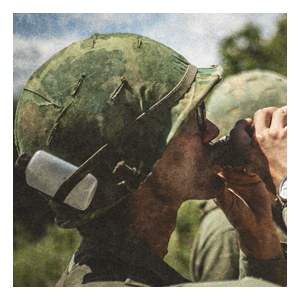 The M1 Helmet was the standard issue hardcover equipment every GI was given. That is why it is a required item. Originals can be very expensive but with patience and luck you can usually find great deals on eBay or facebook groups. You can also find real post war M1 helmets for fair prices that would be better than the repros. Prices for post war could be found for $40-$60. Prices for originals are found from $80-$150+.

If you aren’t patient or haven’t had the greatest luck, here are some alternatives.

Amazon has several repros for sale and honestly even though with a plastic liner and nylon chin straps they aren’t the worst. With a mitchell helmet cover that would pass. Without one they do look a little funny. Price usually runs between $40-$50 for these repros.

eBay does have cheap repros as well. These look like they may be the same helmet as the Amazon option. Similar pricing as well, $40-$50 for these.

Mitchel Helmet covers can be found on eBay or other sites for anywhere from $15-$30, original or repro. 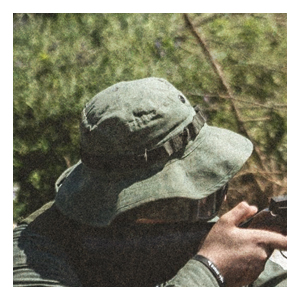 Military boonie hats were first introduced to units in Vietnam around 1967 and were issued to replace the patrol caps used since WW2.

The cheapest option for a boonie hat that we have seen is the Rothco repro for under $15. Make sure you get the Vietnam War style boonie hat, there are many variants out there that wouldn’t be found in 1960s Vietnam. As we’ve said before though, you can find and we advise finding higher quality repros or originals.

Avoid the Tru Spec brand with the velcro patch pads. Not only are they the wrong style but GIs weren’t issued items with velcro yet. Also avoid anything Tigerstripe as a regular GI would NOT be issued something like that.

Patrol or Hot Weather Caps were often worn around camps when soldiers did not have the cumbersome steel pots on their heads. Even though boonies were starting to be issued in 1967, the patrol cap was worn until well after the Vietnam War.

We haven’t really seen any cheap repros out there. And that may be a good thing. Moores Militaria has a great option for $20, though it is post war issue. As with boonies, be careful of hats claiming they are Vietnam styled patrol caps, just because they are green and have a flat brim doesn’t mean they aren’t farby.

A search on eBay brings up some results: CLICK HERE 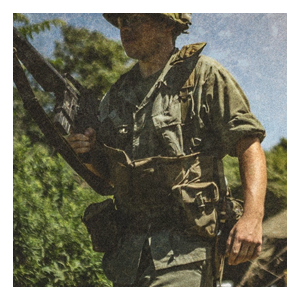 For this article the uniform consists of your top (shirt) and bottom (pants). There are a lot of repro choices out there if buying original is not an option. The most economic choice is probably the Rothco jungle fatigues. The Jungle Fatigue uniform was introduced in the mid 60s during the war mostly issued to front line troops. OG 107 uniforms are also a sensible option as well. These were still in use and had a similar variant issued up into the 80s. They are known as Utility Uniforms if you are searching.

The Rothco version of Jungle Fatigues is modeled after the 3rd pattern rip-stop version.

A Rothco top goes for about $45 on Amazon: CLICK HERE

A pair of Rothco pants goes for about $40 on Amazon: CLICK HERE 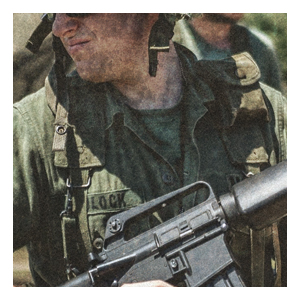 A pair of OG-107 pants goes for about the same: CLICK HERE

PLEASE avoid the green modern BDU cut uniforms out here. Just because it’s green doesn’t mean it was in Vietnam. Modern cut uniforms will not pass the 10ft ruling, they wouldn’t even pass a 100ft ruling!

A uniform is something we suggest not skimping out on though. Search for originals or buy a high quality repro like Moore’s. The Rothcos will pass even though the color is off and they are a little baggier than the real thing. Plus for the $70-$80 you could spend a little more and get a nice uniform for about $130. 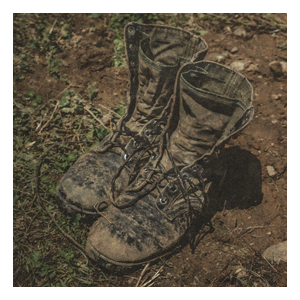 Starting in the 60s, the M-1945 Tropical Combat Boot from the 40s was phased out and replaced by the iconic M-1966 Jungle Boot. We are going to sound repetitive and say go for original but we understand money restraints. You can go post war since they haven’t changed much and aren’t too expensive, around $50 on eBay or surplus sites. The best answer for saving money though are Rothco’s or Fox’s repro. They do have a bad reputation about being flimsy and uncomfortable. They do the job and most people we know that do use them haven’t had a problem with them. They will run you about $30-$40. 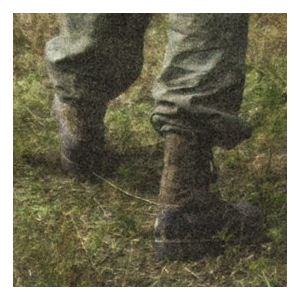 Remember, do not get the all black option. You want to get the Olive Drab style. Do not settle for modern combat boots either. This style boot is really your only option for a Vietnam impression.

Another tip you should follow for these types of boots, especially the Rothco repros is wool socks. They will provide cushion for your feet as you wear those boots for a few days straight. 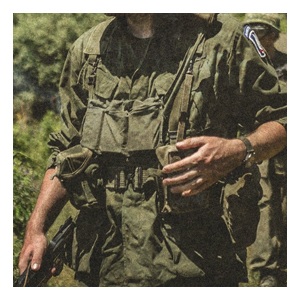 The M-1956 Load-Carrying Equipment is your best bet. We haven’t really seen any great repros out there so you’ll need to search for originals. Thankfully it really isn’t that expensive.

LCE or load carrying equipment can attest to most of the farby equipment we see people buy. That is mainly because ALICE or LC1 gear is wrongfully sold as Vietnam gear, it’s green, it must be Vietnam. In other words avoid ALICE gear. An ALICE canteen cover can be identified as being Nylon not Canvas, having horizontal stitching and has a side pocket for iodine tablets. ALICE ammo pouches would look to be in the same style as the canteen covers; Nylon, has a large plastic clip and has two side pouches for grenades. Please avoid these.

Not to be confusing, the M-1967 LCE looks very similar to ALICE with vertical stitching. Your best bet is to purchase the canvas M56 and maybe at most some pieces of M67 as most soldiers were never issued a full set of the M67 if you’re heart is set on Nylon goodness…

eBay will be your best source for a good price on a set of LCE. Some posts have a full complete set but at times they are more expensive than putting one together piecemeal. 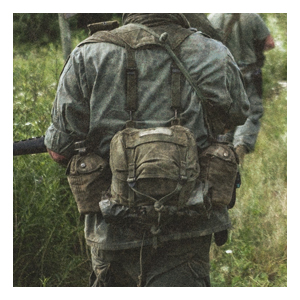 What Can You Skip On?

If you really had to, you could skip out on having two canteen covers and keeping one, though you’d rarely if ever see that, as soldiers were issued two. You could also skip out on suspenders and just wear the belt, good luck keeping it up though. 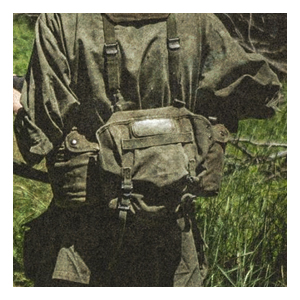 For the BAE events, a Field Pack or “butt pack” will suffice in place of a traditional rucksack. And this will be your most economic option given the price of Vietnam Era rucksacks. You can normally find one for about $30 on eBay and they often come included when buying a set of M56 Web Gear.

You can also pick up a WW2 style Mountain Rucksack for anywhere from $40-$100 so it is worth looking for. These were used by frontline troops into the height of the conflict in Vietnam. 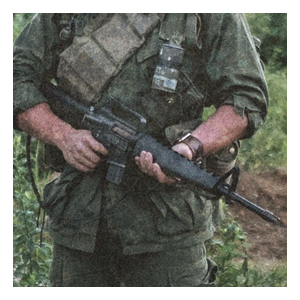 The iconic rifle for the US forces was the M16a1. With the triangular handguard and non-removable carry handle, it was the most issued weapon mid to late war. A decent airsoft replica for the price is the JG M16a1 VN. Note that the carry handle cannot be removed and the rear iron sights can only be adjusted horizontally which is correct for the M16a1.

CYMA also has a decent looking M16a1 for $135 as of this writing. It’s all polymer but it looks to shoot hard as CYMAs usually do.

BEST DEAL! For a few bucks more at $150 you can get an all metal CYMA with the correct handguard and pistol grip. Probably the best option out there now for a decent rifle under $200. 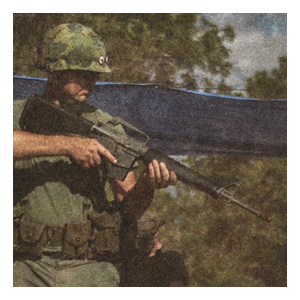 The 30 Round magazines weren’t issued yet. The 20 round “shorty” magazines really make the impression. They sell mid-caps in boxes for decent prices.

^price based on a rough estimate, market values change frequently